Few hours ago President Mohammadu Buhari welcome the President of Liberia His Excellency President George Weah at the presidential Villa.

The Liberian President arrived Aso Rock Villa with his Entourage at the Nnamdi Azikiwe International Airport and later accompanied to the state house with the Liberian Consulate.

George Weah who came visiting for the second time after March 2018 since his assumption into office as the President of the Republic of Liberia is since behind a closed door meeting with President Buhari in Aso Rock.

The Visit is believed to strengthen relationship of two African Nations.

This site uses Akismet to reduce spam. Learn how your comment data is processed. 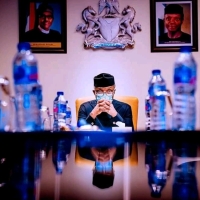 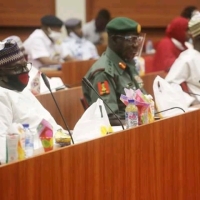